A Sweet Summer Treat for All 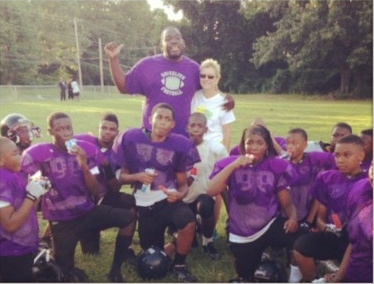 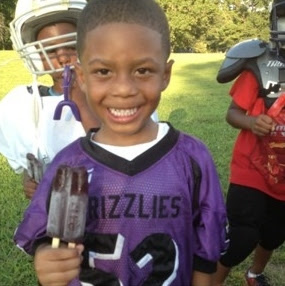 It was hot.  Its was Humid.. it was August  in the South! What better time to come up with a plan that would offer some much needed cooling off to so many that didn’t even have water to drink.. The day just called for a popsicle parade! We packed up the back of Sean’s truck with a generator, freezer and hundreds of popsicles and Gatorades. We looked like the Beverly Hillbillies! Team Tuohy hit the fields, the streets and the pavement spreading encouragement and refreshments to football teams from pee-wee to high school, kids in parks and even some folks just trying to cool off in their front yard under a shade tree! Many of these kids don’t have parents to show up with a cool drink of water after or during practice. They don’t have anyone on the sidelines or at home cheering them on so we were their cheerleaders for one afternoon. For a brief moment on a hot August day these kids believed that they mattered. The smiles were rampant and the thank yous were abundant. But like all projects that we do…we were the ones that drove away from each stop with our hearts full of love and a spirit of wanting to do more. We benefit from these moments so much more than the ones we are giving to. Even a popsicle parade made a difference!